Yes, The fantasy world of Freyjagard contains multiple races, including the human-like Hyuma, the slightly bestial Byuma, the pointy-eared and elusive Elves, and the winged and non-anthropomorphic Dragons. More information on these different races is listed below.

Hyuma (also known as humans) are exactly like the humans of The Seven Prodigies's home world, but with one distinguishing feature: a few of them can use magic, something that the fellow race Byuma cannot.

Byuma (referred to as buman in the manga) are a race known closely resemble Hyuma, but with animal features, generally large, furry ears and tails. Byuma also possess far more physical strength than most Hyuma, though this is compensated for by the Hyuma's rare ability to use magic.

Elves are a race about which little is known. Lyrule is the only known member.

Dragons are a race of creatures in the fantasy world of Freyjagard. Big dragons are quite rare. Unlike in many worlds, the people of Freyjagard do not seem to fear dragons, at least not when they're fairly far away.

The prononciation of the English word human is rendered in Japanese as ヒューメン. Romanising this using the Hepburn system would give hyumen. Then we can suppose that, as humans in this other world can use magic and that magic in Japanese is given by the Chinese character 魔 ma, the author may have intended a pun by combining human and ma into the neologism ヒューマ hyuma.

A byuma can be considered as an altered human. In Japanese, the 1st katakana ヒ hi in the word ヒューマ hyuma can be altered to become ビ bi thus giving the altered word ビューマ byuma.

All of this likely explains why some English editors settled for the words human and buman for their manga editions instead of hyuma and byuma, though this loses the fact that humans are also described by an exotic word in the world of Freyjagard.

Finally, hyuma, byuma, and elves can all be commonly designated as 人間 ningen in Japanese; however, ningen is usually translated as human in English, so translators are forced to use a different word in this context if they decide to translate hyuma as human. Otherwise, they can safely use human as the term designating all human-like races. 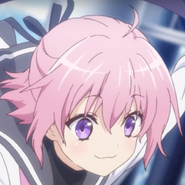 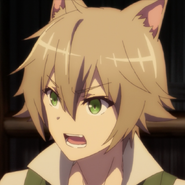 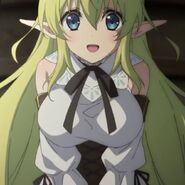 A dragon.
Community content is available under CC-BY-SA unless otherwise noted.
Advertisement